An upcoming sporting event that will be held in the sunny shores of Singapore would be the inaugural Singapore International Hockey Challenge. This game of hockey will be played entirely indoors, which is more popular with the European nations, will see participation from Malaysia, Indonesia, Tornados Hockey Club, which is a local club comprises of mainly expats who are interested in the game, Singapore teams, and the Australian team. Based on their rankings, Australia is definitely the marquee team in this competition. 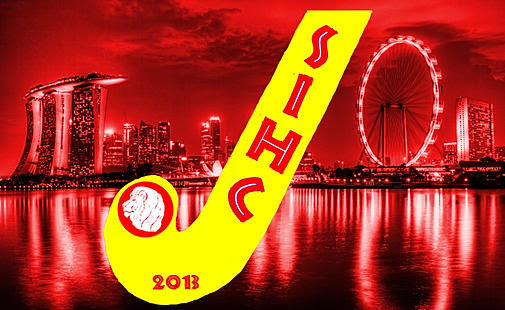 Hockey has surely grown a lot in the last couple of years; this year will also see Hockey being played in SEA Games after a long while. The last time when Singapore was represented in a multi-sports games, was way back in 2010’s Asian Games. While Singapore isn’t exactly a powerhouse even in the South East Asia region, compared to our northern counterparts, the developments are definitely getting us there, slowly yet surely.

With players being exposed to indoor hockey, which is played on a smaller surface, it requires the players to develop quick-fire decisions and make tactical changes quickly. Just like the football counterpart who uses futsal to hone their crafts and thinking, it does the same for the hockey players. The field tactical play may change when compare to the actual game of hockey, however once the basics are set right, it is just the matter of time in getting the players to play according to the tactical instructions.

For the Men’s competition, Singapore will be sending 2 teams to participate in this inaugural competition, and one could feel that it is use as a warm up to the actual SEA Games itself. By playing with a strong powerhouse like Australia, the local boys can definitely pick up a thing or 2 from the Aussies.

The event will run from 25th to 27th October at the Bedok Indoor Stadium, ticket sales at $5 per day. More information can be found on this link
Posted by Roar of Lions at 00:09